Arts Portfolio Councillor Rick Baberowski said the attention-grabbing cars were another unique way to take art out of our galleries and onto the streets.

“By creating these two travelling artworks, we are putting art out amongst the broader community and reaching people that may not otherwise take the chance to see the works during the Sunshine Coast Art Prize exhibition at Caloundra Regional Gallery,” Cr Baberowski said.

“In addition, the BMW Art Cars, and the Horizon Art Bus launched earlier this year, provide an outstanding opportunity for our local artists to develop new commercial relationships while having their work presented in an inventive way.”

“Coastline BMW has been actively involved in the Sunshine Coast arts community for more than 25 years,” Mr Butcher said.

“This was a legacy created by our founder, Karl Kurz, a painter and passionate lover and patron of the arts during his lifetime.

“The Horizon Art Cars are a captivating symbol of Coastline BMW continuing to move the arts forward on the Sunshine Coast.”

The most recent BMW Art Car was commissioned by Chinese multimedia artist Cao Fei in 2017.

The Horizon Art Cars will travel throughout the region until mid-September and will be seen at key events including the Sunshine Coast Art Prize official opening and winner’s announcement at Caloundra Regional Gallery on August 30. 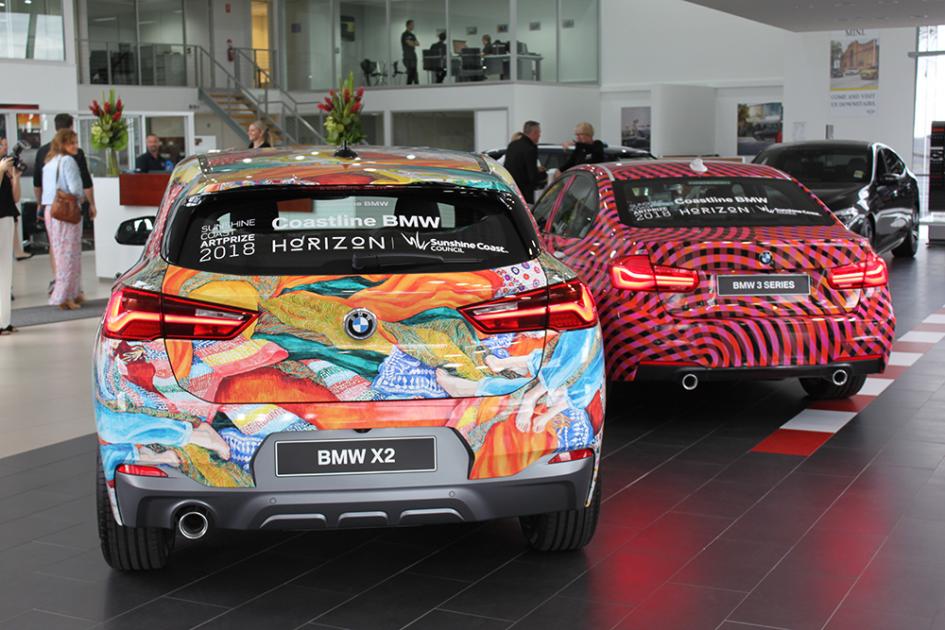