The globally renowned REMIX arrives on the Sunshine Coast for the second year running this September, now an annual event exploring best practice in creative place-making.

The REMIX Summits series take place annually in London, Sydney, New York, Los Angeles, Dubai and Sydney and explore the intersection of culture, technology and entrepreneurship. They have previously been held at venues including MoMA and the British Museum. They bring together thought-leaders from across different industries from Michael Bloomberg to NASA to tackle the big ideas shaping the future of the creative industries and the creative economy. REMIX Summits are made possible through partnerships including The Guardian, Google and Bloomberg.

This second special REMIX Academy summit has been developed to explore the ingredients needed to nurture creative places and communities.

Cities around the globe are striving to create innovation districts but increasingly need to move beyond the cookie-cutter approach of replicating the 'Silicon Valley model' towards building a more complex creative ecology with arts and culture embedded at their core; a formula which is driving the growth of the creative industries and the tech sectors of cities such as Berlin, London and New York.

The one-day conference hosted at USC invites national and international experts to provide insights on topics including:

Speakers include Lori Martin, Senior Cultural Affairs Officer, City of Toronto who will share insights on why Toronto has been so successful at developing itself as a creative location. Canada has the largest share of creative economy employment in the world totalling 13% of all employment (Nesta). Why is Canada so creative? Toronto is the powerhouse of Canada's creative and cultural industries. The most visited city in Canada with over 25 million visits, it also consistently ranks near the top of the world’s most liveable cities in various surveys and is even home to creative cities guru Richard Florida. Toronto is also the third-largest screen-based production centre in North America valued at over $1 billion and the Toronto International Film Festival is the world’s largest public film festival. Forbes magazine described Toronto as a "Videogame Sanctuary” reflecting its huge role in Canada's games industry which has grown to the 3rd largest in the world in employment terms.

Marina Guo, one of China’s leading creative innovators travels to Australia to explore what we can learn from their approach. China recognises the value of the creative economy and is investing heavily in creative places and infrastructure with the aim of becoming a world leader in the cultural and creative industries. Growth of the creative industries is further accelerating thanks to 11% year on year growth in support as part of a five-year development plan to 2020. Marina Guo's CV is seemingly endless but she is the Head of Arts Management & Director of International Programs at School of Creative Studies, Shanghai Theatre Academy, Vice Director of John Howkins Research Centre on Creative Economy. She also sits on the Board of Director, American Institute of Performing Arts and is a member of the China Arts Administration Education Association. She was visiting scholar at Queensland University of Technology and the author of Creative Transformation which explored the potential of the creative economy in China.

The event also features creative leaders changing the face of Australia. James Winter, Director of Brand X, is one of Australia's leading creative place-makers. He has an impressive track record of working closely with leading property developers to develop new models and platforms to support creative activity such as the Brand X operated creative spaces at Central Park (recently named the best tall building in the world). Their portfolio includes a myriad of projects involving the innovative repurposing of under-utilised urban spaces into cultural places.

Peter Tullin, co-founder of REMIX Summits said: “With the unique model of REMIX, new ideas emerge and collaborations develop aided by the juxtaposition of visionaries from different worlds – real disruption occurs when you have senior innovators from the likes of NASA, Cirque du Soleil, Spotify and MoMA in the same room. This is ‘Remixing’ and it’s creating a whole new approach to innovation in the creative economy; the fastest growing industry sector around the globe.”

“One of the ways we can do this is by challenging the way we think about the development of place and opening our minds to new ways of thinking.

“REMIX 2016 was a standout success and we welcomed visitors from all over Australia to our Sunshine Coast to hear the amazing speakers.

“The speakers secured for 2017 are world leaders in their fields and I look forward to learning from their experiences.”

Sunshine Coast Council Coordinator of Place Making Jamie Franklin said bringing such acclaimed speakers to REMIX from around the world would allow us to listen and translate their learnings to our places and our communities.

“The technological revolution is here and you have to be in the pack to understand how our urban cities and local places will change,” Mr Franklin said.

“Driverless cars, shared work spaces and the community’s desire for flexibility and authenticity means our urban environment must grow and adapt if we are to meet the needs of a connected, smart and creative community.
“Innovative and creative places don't happen by accident, there is something about great places that draws us in.

“Sometimes it's intuitive, such as the Sunshine Coast's natural beauty which is a beacon for creative, connected and nurturing types, but it is usually entwined with a clear vision of how it should all come together, underpinned by an engaged and enabled community.”

Tickets on sale now at http://www.remixsummits.com/sunshine-coast 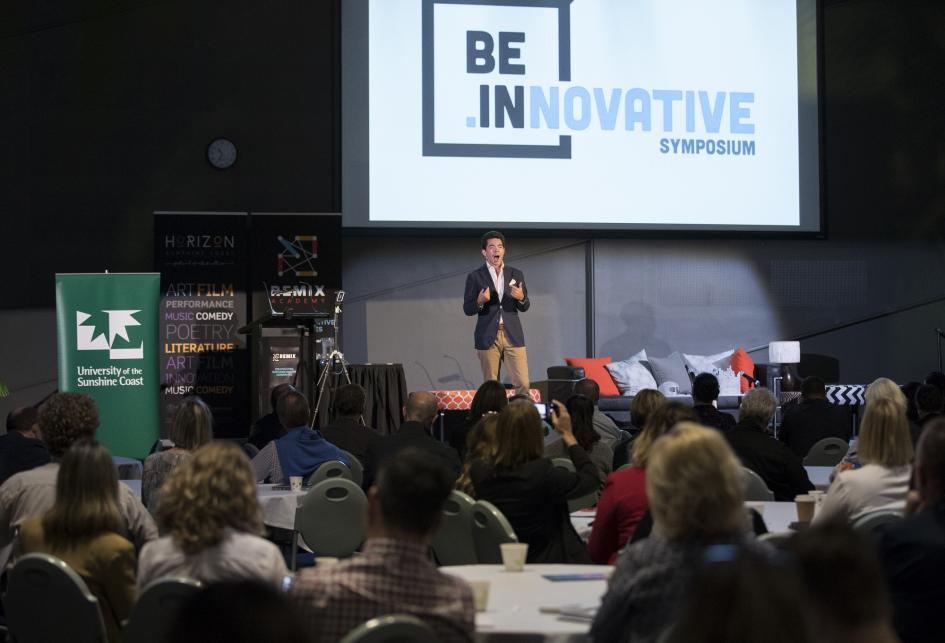