Horizon Festival has taken art to the streets with the official launch of the region’s first Art Bus today (May 29).

Travelling on various routes around the Sunshine Coast until October, the Art Bus is aimed at putting art into the centre of public life.

Arts Portfolio Councillor Rick Baberowski said the new addition to our roads was a striking piece of art.

“The Art Bus idea was borne from a desire to take our Horizon Festival message out to a mass audience using contemporary art, and it’s exciting to see the project come to life,” Cr Baberowski said.

“I’m sure all those who see, or take a ride on, the Art Bus will agree, the result is an attention- grabbing win for local art, our festival and public transport.”

Artist Bianca Beetson said she was excited to see a project that showcased Kabi Kabi art and culture to the broader community.

“At the beginning of this year I was privileged to have my artwork projected on the William Jolly Bridge in Brisbane, so the thought of having my artwork reproduced on a more permanent public object was incredibly exciting,” Bianca said.

“The bus will move around the Sunshine Coast and is highly visible so it's great exposure.

“Sunrise: Ba’boon bi’ra was from a series of work titled My Grandmother’s Country and was about capturing the energy and spirit of place.

“Kabi Kabi country is different depending on the time of day and time of year and this work endeavours to capture the spirit of country at sunrise after rain.”

The Art Bus forms part of Horizon Festival’s visual arts program and Bianca’s work complements the strength of the First Nation events that will feature during this year’s festival.

Residents and visitors are encouraged to take a snap of the Art Bus and share it on Facebook or Instagram using the hashtag #horizonartbus and tagging @horizonartfest to go in the draw to win two tickets to comedian Arj Barker’s show at The Shed on September 1, 2018.

A Sunshine Coast Council initiative, the Art Bus is presented in partnership with the Cultural Heritage Levy, GoTransit Media Group and SunBus. 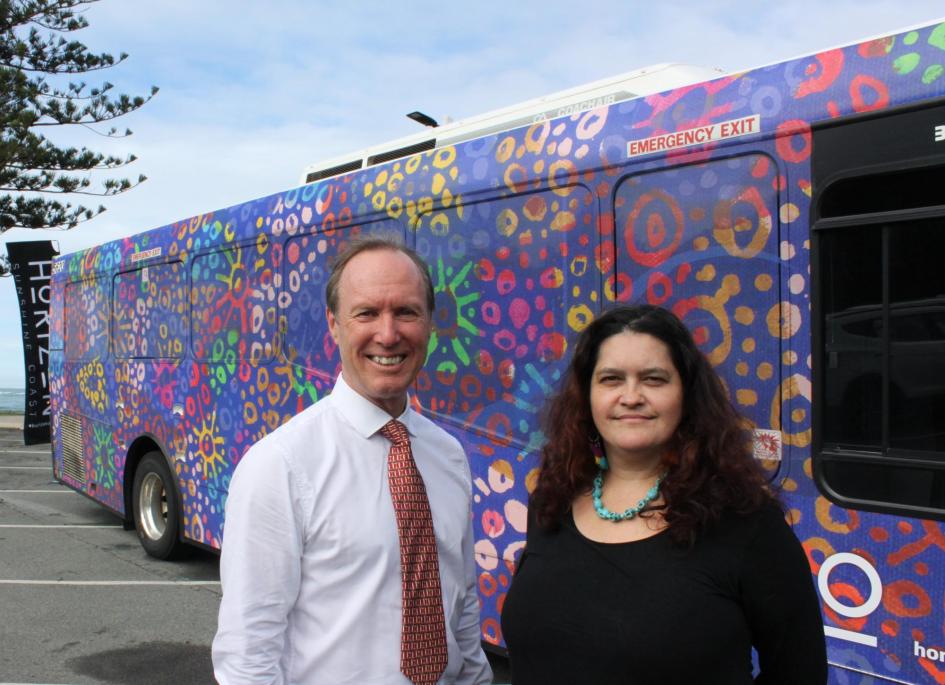